Your stay in the "City of Lights"

Lyon, the "City of Lights", capital of cinema and fine dining... Just an hour from the Grandes Alpes Route, by choosing the Apparthotel Séjours & Affaires Saxe-Gambetta you can mix business and pleasure in a friendly shopping district in the city centre.

Also : some of our apartments have a terrace with a view over a leafy garden.

In the heart of the city, you'll be staying approximately 500 metres from the banks of the Rhône, near the Presqu'île district, between La Part-Dieu and Place Bellecour. Just a short walk away, check out the brand new Grand Hôtel-Dieu: this former hospital, redesigned in the 18th century by Soufflot, has been transformed into a place for business, leisure and culture. Inaugurated in April 2018, it houses a business centre, luxury boutiques, and the International City of Gastronomy.

Just a short walk away, you'll find all forms of public transport: underground, bus, tram, taxi, etc. and "Vélo'v" (bike-sharing scheme)... which will allow you – admittedly after a little training! – to head up to the Fourvière basilica, and lose yourself in Lyon's iconic traboule passageways winding up the slopes of the Croix Rousse. Then you can stroll along the banks of the Rhône and the Saône! 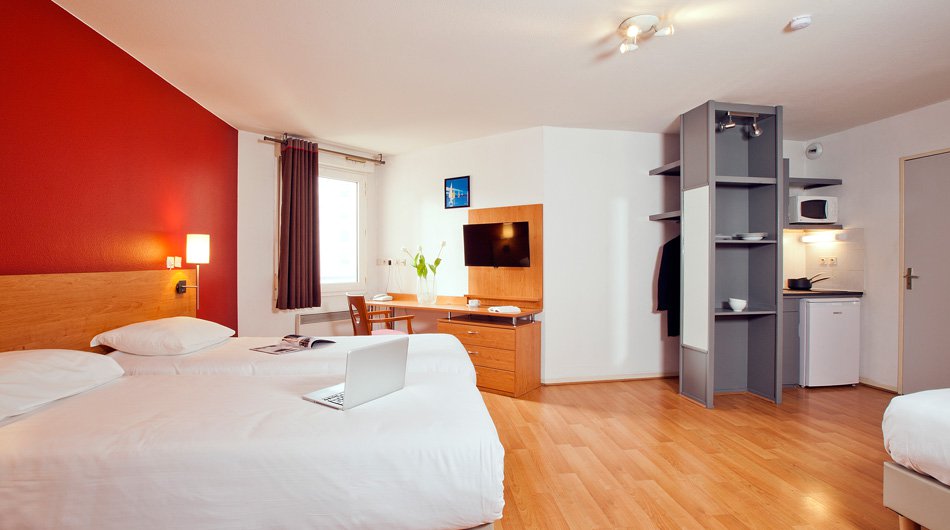 When you arrive at the residence, you must present an ID as well as the credit card used to make the reservation.